Installation images from MKC Stockholm 2011
A video document from a bar in Cairo. 4:41 min

I received a new video by Lisa Torell right before my May trip to Slovenia, and I watched it firstly on the train Ljubljana-Zagreb, on my way back. All these non-ideal conditions, quite different from the contemplative white cube, made my watching more vivid and definitely added something to the understanding of the video. It was a global tourist situation in the compartment were I was sitting, with two Japanese girls from Germany and my colleagues from Prelom, with whom I was working on the notion of property in self-management Socialism - the topic connected to the exhibition we just made in Ljubljana, which continued to travel with us. It was a hot and bright day, but even the sunlight flashing over my laptop screen didn’t cause many problems, because the film itself was ‘veiled’. There were two veils, actually: the black screen, which covered the represented event, and the moving text, which took over the role of the cinematic narration of the missing images. ‘Somebody is listening to Oriental music in the next compartment’ - said one of my companions. ‘No it’s me, actually it is Lisa Torell - the artist from Sweden’ - I replied.

I remembered Lisa’s and mine late-Autumn correspondence on the politics of veiling and continued to think about the fist lecture on Orientalist art that I got in the School for History and Theory of Images in Belgrade in 1999. It was Poetics of Veil-The Politics of Gaze’. For him, the veil was the instrument of representing the distance between the gaze of the West and the unambiguous ‘Other’. It plays the important role in traditional and religious representation: according to the Qur’an, Muhammad is hiding behind the veils of light and darkness, while Shariatic canon establishes the belief that the body of the woman is the epicentre of seduction, and its display to the gaze of men can cause troubles and conflicts. However, the Orientalist imagination, stimulated by XIX century journeys and discoveries, tried to reach behind the veil and its symbolic and material function. Taking down the veil became the great metaphor of the discovery of the Orient, but also the metaphor of the colonial repression. The Western view to Orient appropriated the veil with its erotic and pornographic association: it often promoted it in the light of sexual, sometimes polygamist perversion. The paintings of harem bathrooms where Europeans obviously couldn’t enter, are the direct documents of inscription of the European male phantasm in the image of Orient.

The politics of representation and the history of the gaze provide one referential space in which Lisa Torell tries toposition herself. Another field of reference might be the context of making the artwork, in which she participated as the resident of Townhouse Gallery in Cairo. During last several decades we all witnessed the shift in artistic production caused by the globalization of the artworld and the mobility of artists. The site of production is not any longer the place of living, but residency programs and workshops across the world, which become the new distributors of material resources. This constant change of sites and topics often transforms the users of the ‘mobility services’ into cultural tourists, and results into a number of superficial site-specific projects which operate with information that is at hand. Through making her video travelogue, Lisa Torell openly plays with her own position of ‘cultural tourist’. She visits a traditional local bar for local men and joins the crowd the only way she can: as a foreign woman in the male company.

The video Covered by the Lens by Lisa Torell addresses something like “the rebel of the image”. It functions as a peepshow and a censored image at the same time. And it doesn’t help us to align its meaning easy with any of the
established positions. In his famous caricature What does this represent? What do YOU represent? Ad Reinhardt depicted a cultural clash; he gave the voice to both the gazes of the gentleman of culture [petit-bourgeois art lover] and radical modernist image [in which, according to the logic of cultural gentleman, there is nothing to be seen]. In the midst of the modernist social welfare and promotion of the culture as the common social value, Reinhardt put into question the new cultural class which determines the taste as well as “the regime of viewing”.

If we try to set this intervention in the context of Lisa Torell’s work and the feminist critique as her standpoint, the relation between the subject and object, that is, the politicsof viewing becomes the key issue. In the foreground plan of her story Lisa places something that we can define asthe classic Orientalistic scene: a woman dancer in Egypt, the group of men watching her, delightfully applauding her dance, a recognizable music, a vivid bar atmosphere and the gaze of the European other, separated, isolated... who encompasses the entire scene and brings it back home... for us...

At the same time Lisa Torell’s image is here not for being seen, but for addressing the question of ‘What do you represent?’, as Ad Reinhardt once did. And through this question Lisa Torell interpolates her own position as a woman, artist, newcomer, tourist, resident of remote IASPIS program, creator of site-specific artwork, somebody who wants to know... 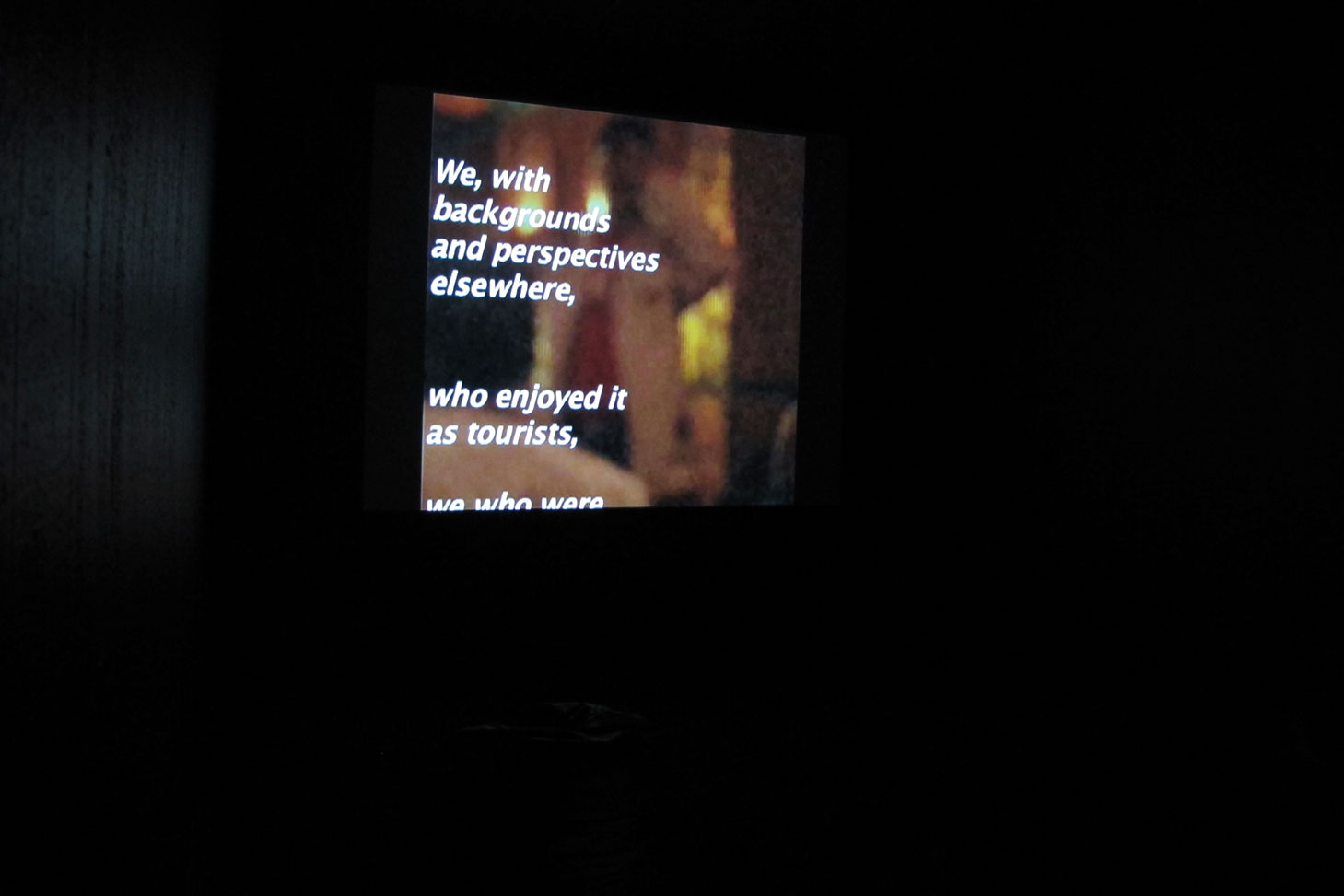 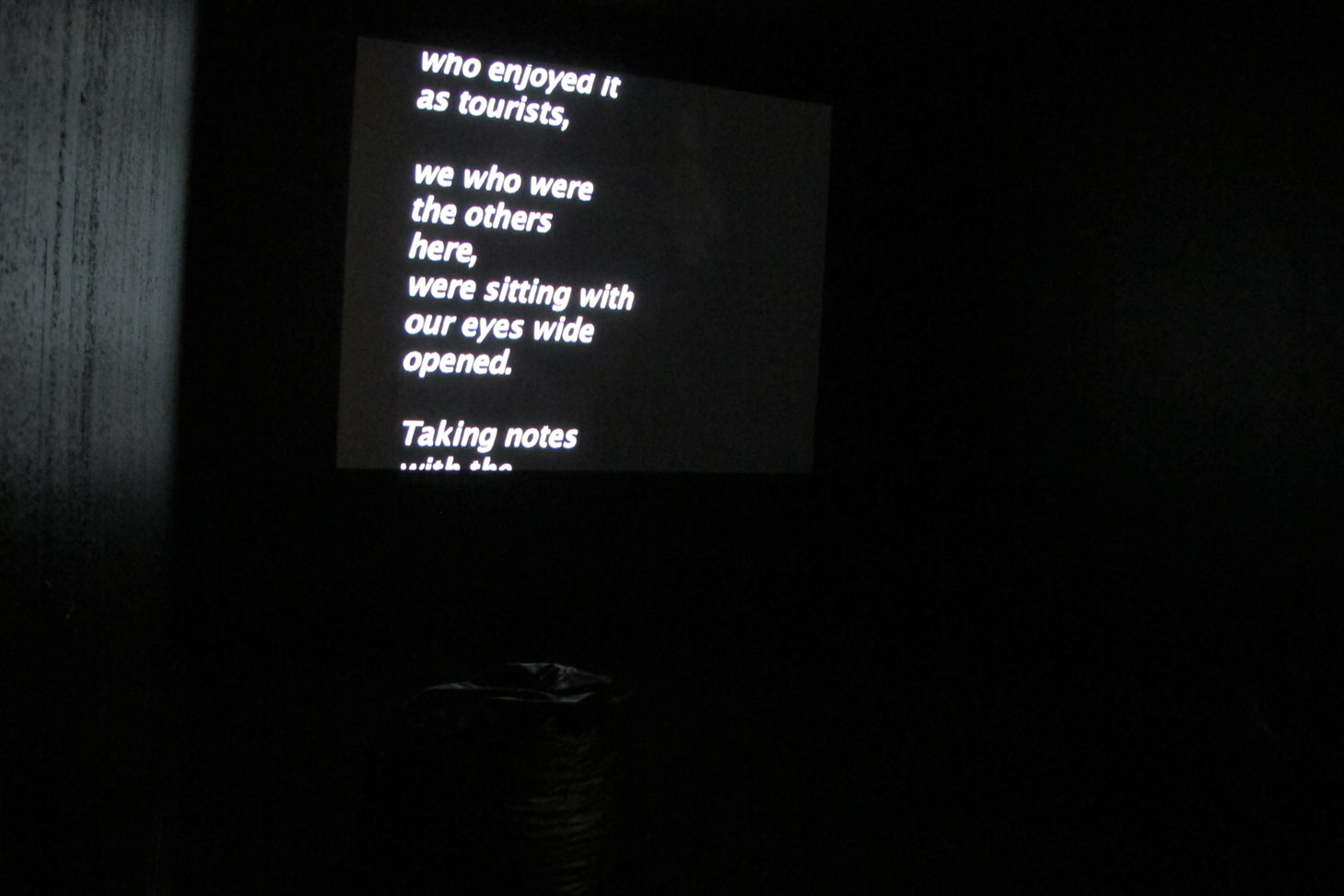 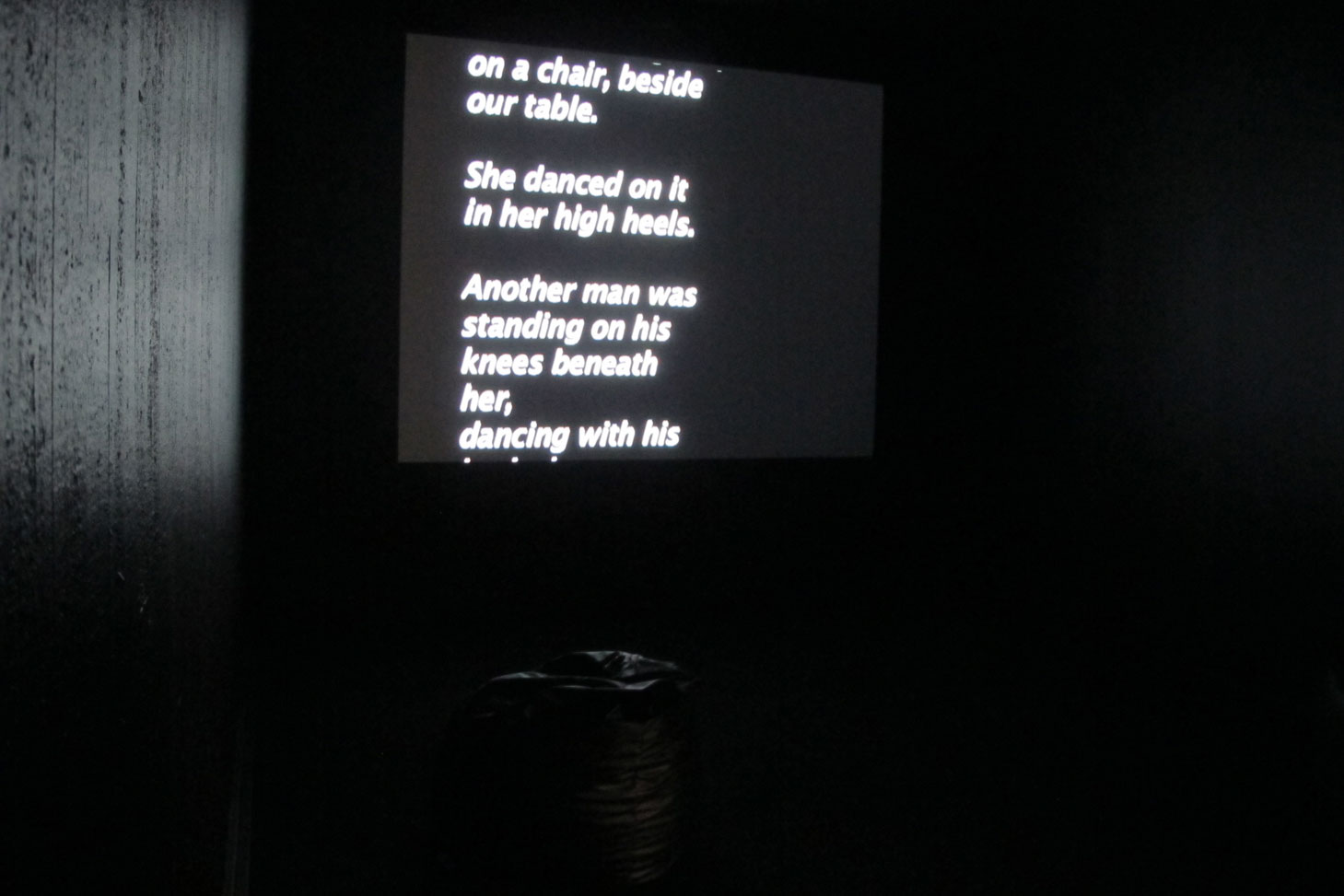 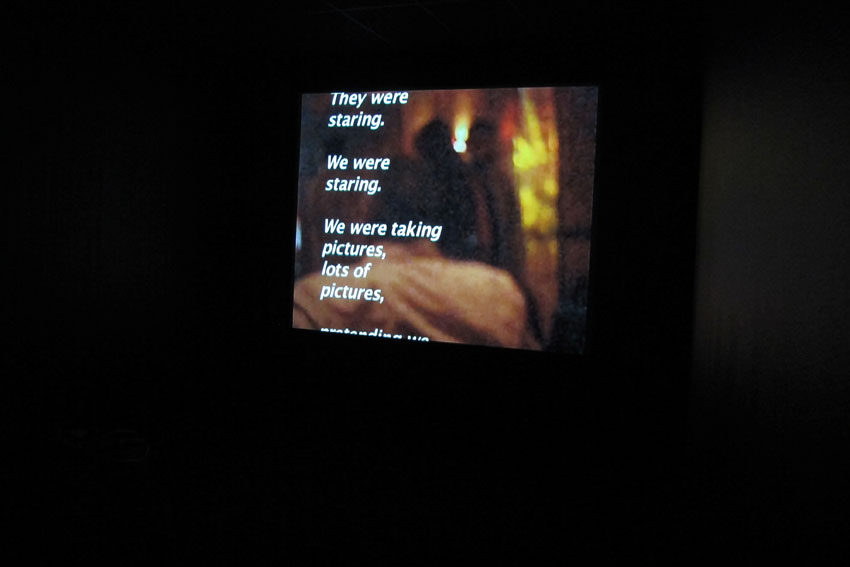 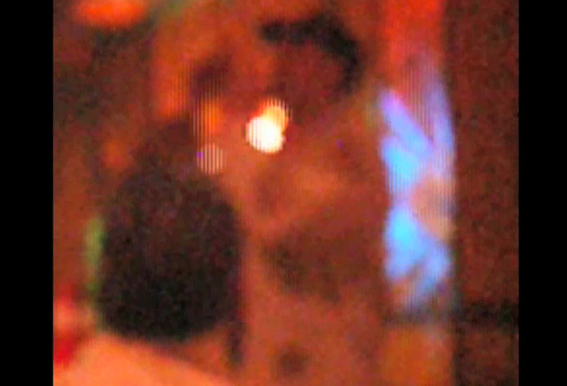