For more than a decade, artist Lisa Torell (b. 1972) has been engaged in public spaces — the common places we share outside the private realm of the home that are supposed
to be open to all of us. She describes
public spaces such as streets, plazas, staircases, stations, pedestrian paths, and parking lots as fitting rooms for society
in which politics and reality are tested. Universal
access and the ability for all to participate is an important foundation for a democracy. Which bodies can move freely in the city? Through various investigations of city spaces,
Torell sheds light on how politics, design, and reality come together.

Torell’s work as an artist can be likened to a researcher making a close study of a place to gain knowledge from many different perspectives. She often invites participants
to take part in a meticulous examination and shared reflection on the place. In preparation for her exhibition at Västerås konstmuseum, Torell produced two performance art works in 2020 in which she examined public spaces in Västerås together with her audience. In addition to these,
she is also showing works from cities such as Venice, Gdansk, Tromsø, Sundbyberg, and Norrköping.

In the last year, Torell has turned her gaze on the digital society. The Covid-19 pandemic has forced many people to adapt to a digital reality in which we meet and communicate through screens. That has brought up new questions about the boundaries between public and private. In the new digital performance work What if och scenen Zoom, which will be activated during the exhibition period,Torell invites visitors into a semi-public situation to ponder various potential future scenarios, societies, and needs. You can read more about how you can participate in the What if och scenen Zoom on our website or by scanning the QR code with your phone.

In the pamphlet, which can be unfolded into a poster, you can read more about Torell’s thinking about her art works.

Lisa Torell (b. 1972, Gothenburg) is an artist and
researcher at Umeå Academy of Fine Arts. What if och scenen Zoom was originally developed for the project Categorizations
that Support Implementation of Universal
Design in Sweden, an initiative of Per-Olof Hedvall, Lund University and Stina Ericsson, University of Gothenburg.

For many years, you’ve been working with public space—our shared, common spaces. These are places outside the private sphere of the home, places everyone is supposed to be able to occupy and use—streets, plazas, staircases, passageways,stations, pedestrian paths, parking lots. In your work, you call our attention to all those places we pass by every day. What questions about public space to you want to raise in your art?

I’m interested in what public space is and does
with us people—or what it does for us, for our
different needs and possibilities. Whether it makes us possible or it makes us impossible, so to speak. Public spaces are fantastic places that we often take for granted in Sweden, but we ought to take better care of them. And one way of taking care of them is to demand a lot of them. For example, in the work Human Population I show that it’s possible to exclude people (to discriminate) with something as simple as the edge of a sidewalk. Or
by not having public toilets. We have accessibility requirements regulated both by the UN and by Swedish law. All public spaces have to be accessible to everyone regardless of any disabling conditions. The regulations for this were written into the Human Rights charter back in 2006 and ratified by the Swedish Parliament in 2008. In my investigations of public space, I’m interested inpeople and in mankind, in the collective and the individual, in our ages, our imaginations, and our illnesses—in all the complexity of what it means to be human. And in what we are as a population— the fact that we’re divided, fragmented individuals, and yet we also belong together.

You work with public space, but also with
semi-public space. What is that?

Spaces that are partially public. That is, spaces that have various types of limitations and regulations. For example, spaces that are controlled by specific opening hours, membership, or entrance fees. Fenced-in parks, Västerås konstmuseum, libraries,
shopping malls, and swimming pools are all
examples of semi-public places.

Public space is society’s open stage, you might say,where politics and reality can be played out and tried on, which is where the title for the exhibition comes from: Society’s Fitting Room. The “white cube,” or a museum, as I see it, is a space for staging a vision of society. It’s a space that makes possible reflection and speculation. I’ve often worked with public space and semi-public space in parallel. Among the challenges is working the place’s temporary present into the construction and experience of the artwork to be able to act between different realities and perspectives.


Performance as an artistic method is a living
art that comes into being through experience,participation, and making. A performance plays out in the present and is experienced by those who participate in the place or the situation. Therefore, lots of performance art has revolved around questions that come from the borderland, stories that were never written down, and experiences that happened outside of written history. Lisa, you use performance as your primary medium, and you often invite an audience to become part of a staged and directed situation.

In addition to my interest in public space,
performance and performativity were things I
started focusing on more during the time I worked as a researcher at the Arctic University Academy of Arts in Tromsø. Performance is planned acting and performativity is intuitive acting. It’s about wanting to oscillate between the planned and the intuitive—that is, taking care of the present in the present. It’s about more clearly establishing presence, but also introducing risk as a necessary ingredient in the work. And also about being able to link together words, body, and space—andworking in-between them. Because many of works are developed outdoors in different places,
it’s important for me to find ways of working that
allow me to get something out of the situations
that arise there and then, on the site and together with an audience and my collaborators. In Take Care of the Garbage (2017), someone in the audience is suddenly asked to help carry the garbage. It’s in that moment of uncertainty, when no one really knows what’s going to happen, that the sense of being present is heightened and our senses are sharpened. It is then that many exchanges happen and new ideas emerge.

Almost all the works we see in the exhibition are filmed performances that have already happened and are being shown now as works of video art. But in one of them, What if och scenen Zoom, you
invite the audience to experience a performance digitally.

Yes, at Västerås konstmuseum I’m inviting them to a digital, performative situation in the museum’s semi-public space that will in part be set in about the year 2070. The participants get an opportunity to try on a different reality and a little different body. Public spaces and semi-public spaces are places where people can have both very private and universal experiences. These are spaces where we can mirror ourselves, compare ourselves, and
discover ourselves.

What is it about the online, digital world that
interests you?

The fact that it’s a semi-public space—a digital
place that today is increasingly replacing physical semi-public places. In the past, we used to do banking errands at the bank, for example, but now most of us do our banking business online, through a screen. During the last two years of Covid-19, many of us have been working from home through various video conferencing or meeting platforms. But we seldom talk about accessibility when it comes to these digital spaces. And responsibility—social responsibility. It’s easy to work from home if you have a dedicated spacefor it and a good Internet connection. But it’s not so easy to participate if you don’t have those things.

What if och scenen Zoom > 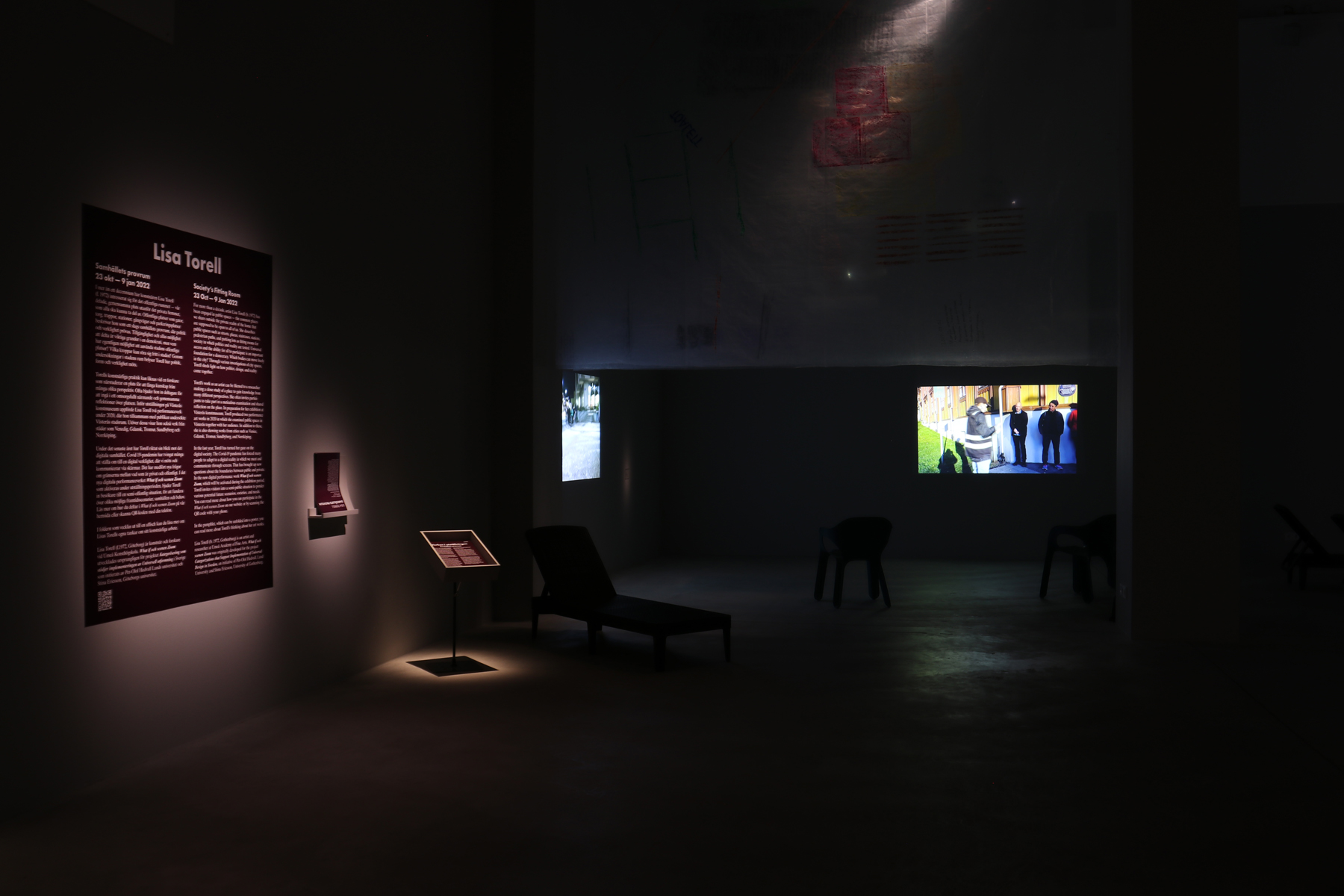 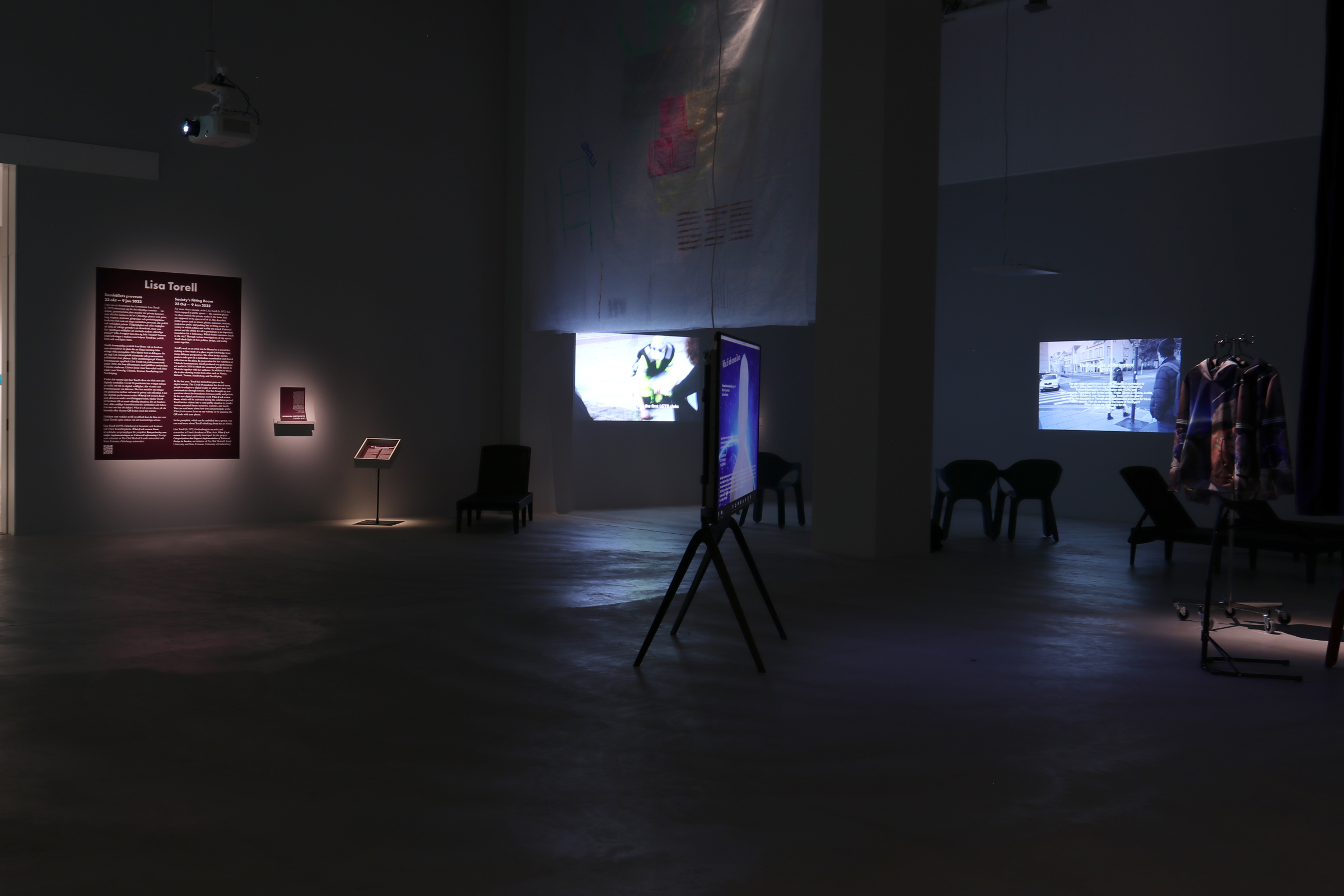 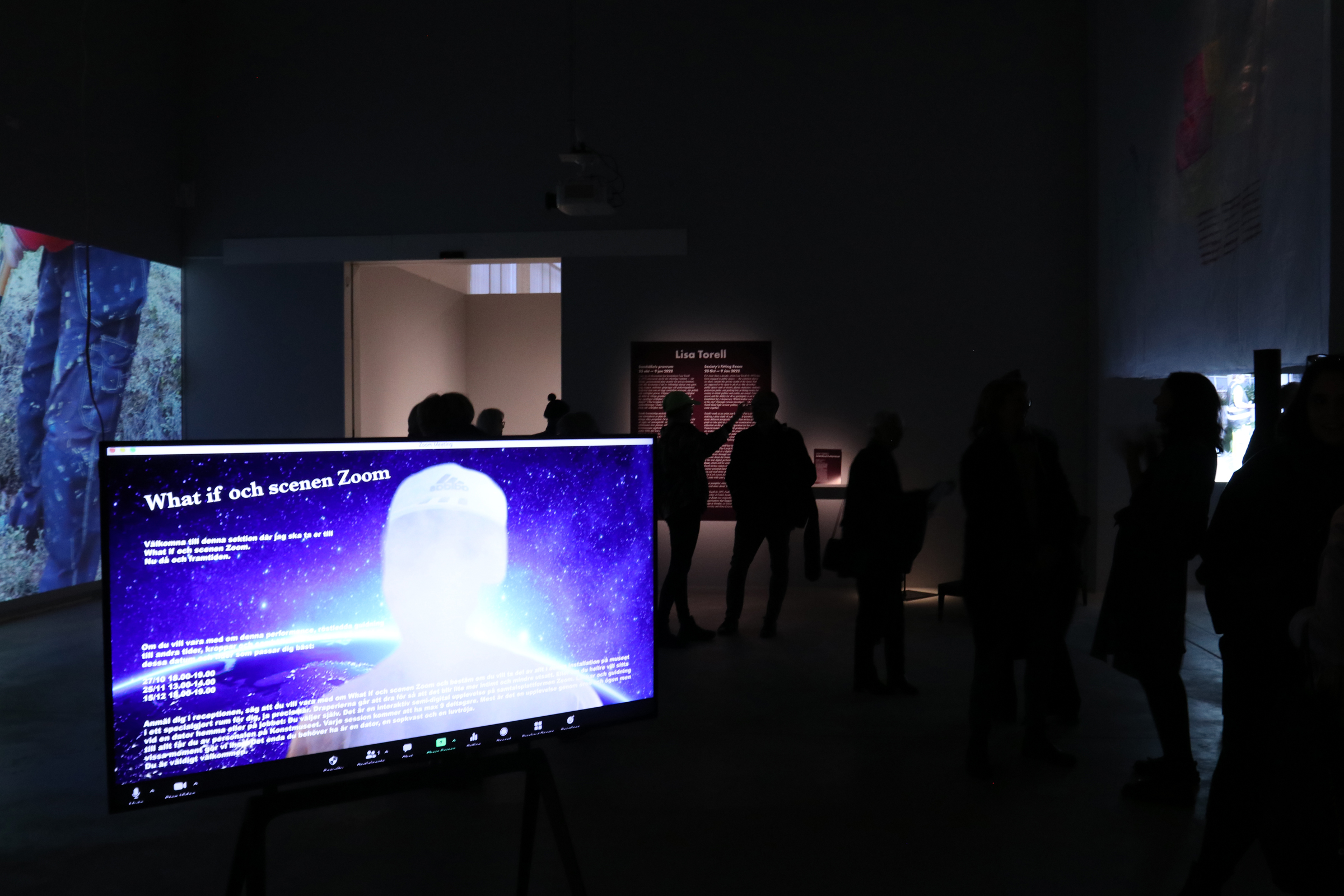 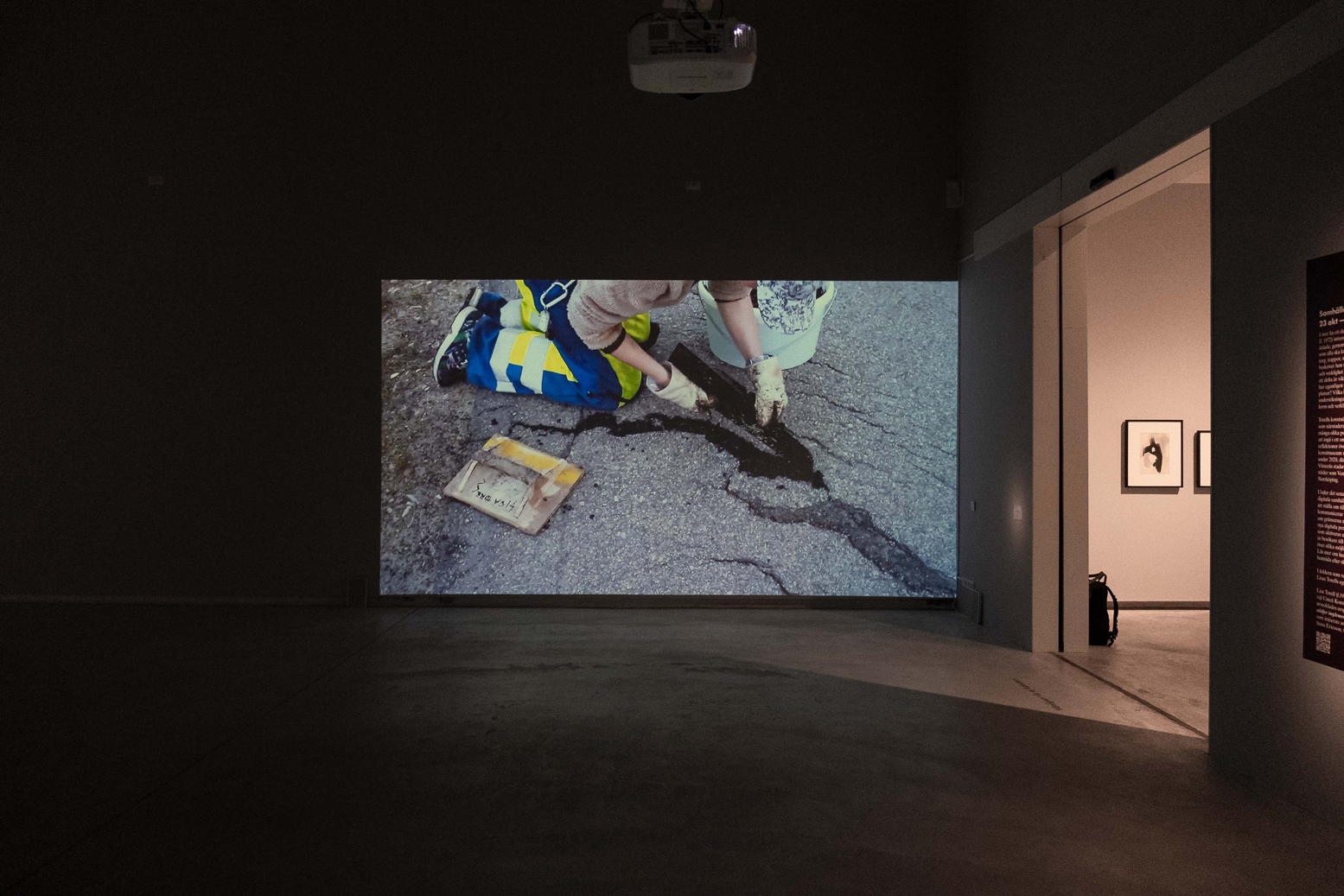 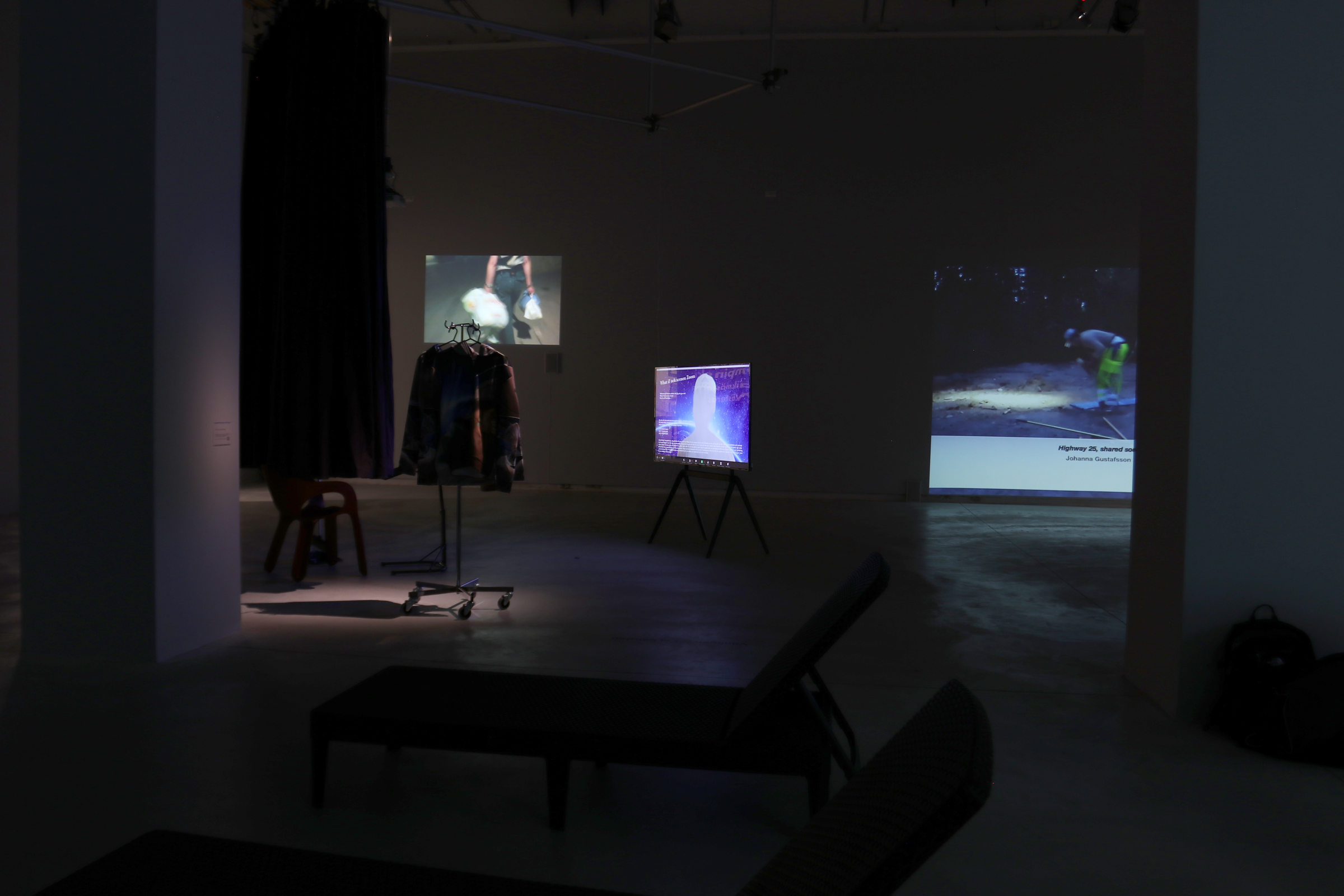 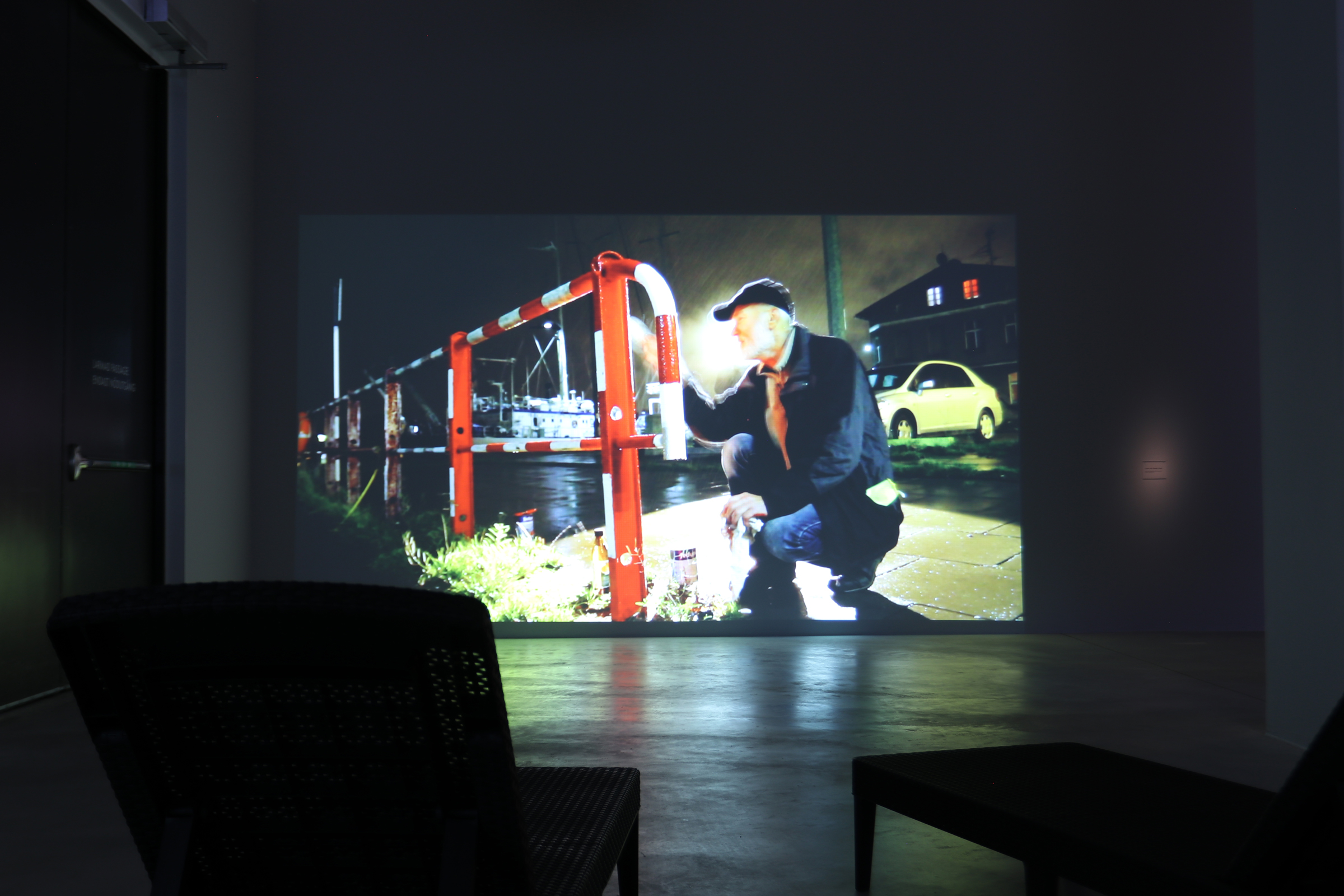 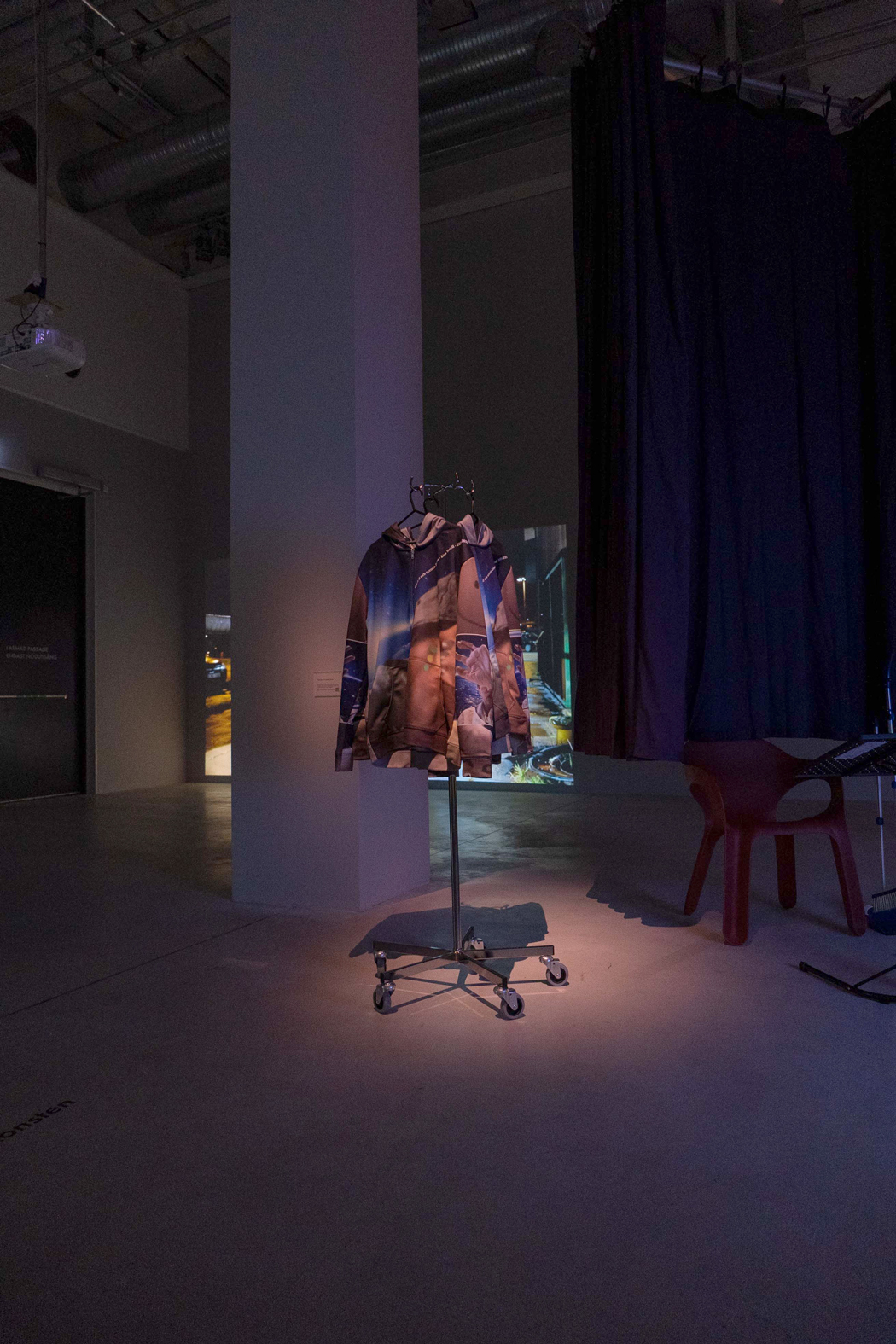