at the exhibition Impressionism-Activism. Husby's facades and In Between

Installation: 3 casts: facade with Husby line, structured facade and ground tiles in concrete, photos from the cast workshop as well as photos from the are. 238(10 x 15 cm), 33(15 x 20 cm) installed on tiles and wood + the authentic tools and cloth from the workshop. + two texts on photo:

Population HUSBY
During the production of a landscape, you look at that what is, as it is; artefact, system - family and function, as well as; what it was, if it is no more. And on possible new additions. To care is as much about lonely product as system. Natural selection speaks of a culture, a specific society and history.

Population
A population is a summation of all elements of the same group or species, found in the same geographical area. It is its constituents/system that makes it possible to categorize it to a population. When dealing with public space, you can often see in choices of exterior in different areas just how fertile land is or was as well as its potential and the primal planning. Different types of urban landscape are examples on different ideologies, where the human beings - functions are valued differently. Population has a different kind of influence on the environment than a single individual. The general image matters for the environmental care and future. Beside that, there are four basic reasons why population densities change: It depends on how many groups or species that are added (nativity), how many that dies (mortality), as well as migration and immigration.

+ A talk, an introduction at the opening to the crafts of concrete by Christer Sundström.

How can we possible change our perception of an environment if we never change our way of perceiving, of seeing?

Husby is part of a housing project in Sweden called the Million Program where in just ten years, over one million homes around the country - mostly apartment buildings but also many terraced fields. With million program improved not only housing but also housing standards. It was about quality of construction but also about offering tenants participation, build recreational activities for children, create safe environments, offering assistance to jobs, tackle homelessness, develop new technologies to save energy and work to increase integration.

E v e n though most of the areas are well planned living areas all around Sweden, it belongs to a what it seems like a never-ending discussion where architecture, class, aesthetics, suburb, socio-economy and politics is put together into one whole infected clump without further logic.

I t ' s time to put another light on it, because the standards and thoughts that follows the ideology and ideas within the project are beautiful not only in mind but also in reality.

About the whole project:

IMPRESSIONISM - ACTIVISM: HUSBY'S FACADES AND IN BETWEEN
initiated by Johanna Gustafsson Fürst

Husby facades carries meaning and conveys the urban site's politics and history. On the basis of the Impressionist landscape painting and Husby has a loose group worked with the city in transition. The renovatingprocess in Husby has been lined with conflicts. Accommodation in the area has struggled against both housing and urban planners and prevented the demolitions and renovations that would bring major changes in the area and high rent increases.

What did Husby's facade coloure meant the time it was created and why does it disappears, be re-painted? The exhibition at Husby farm displayed works differently addresses the topic. Safia Ahmed, Anita Karp, Anette Klinke, Rohi Kohandani, Kerstin Wikström and Nasli Kilic, shows paintings of facades and locations around the Husby made during a joint paints week at Husby Farm. Students in grade nine at Husby Farm School has documented Husby facades during a workshop on Husby's architectural history. Architecture Researcher Maria Ärlemo presents his study of Husby's common areas and how they disappeared. The artist Åsa Andersson Brake show documentation of his work Potemkin scenes from 2012, who dresses Husby Farm facade in Hammarby Sjöstad Aesthetics.

Eva Arnqvist, Filippa Arrias, Johanna Gustafsson Fürst and Lisa Torell has for a long time developed works in dialogue with the place.

Eva Arnqvist work is thorough surveys, detective work seeking to grab a contemporary. By whom and how is shaped contemporary narratives and values?The starting point for Eva's work in Husby is the picture, the two-dimensional surface bearing on our understanding of the place. In his work, looking for Eve after traces and fragments of complicating an image that today largely taken for both transparent and obvious.

Filippa Arrias works primarily with painting as a means of expression. Through her art, she visualizes his interest in the relationship between fiction and reality and how these aspects formulates each other in mutual interaction. Impressionists act of going out of the studio, painting the town and portray a living meant an ennobling which even today can be seen as a political act.

Johanna Gustafsson Fürst is occupied by situations in everyday life and society where aesthetics, ideology, politics and community collapse. Where there is no system that carries the complicated processes, such as the issue of the renovation of the Husby. The work creates a fragmented memory objects of a different time and way of thinking society, the living and the individual.

Lisa Torell's oeuvre is a long study of the relationship between place, language and identity in understanding how the view is created. The community is the driving force in her practice where the site itself relative to sociology, architecture, aesthetics and communication is key. For the exhibition, she works with the craftsmanship, the relief in the concrete that are included in Husby's character. In a performative process, scale 1: 1 explored the location of the site with the body, the camera, the picture and material.

The project has been through first with the support of the DSV, Computer and Systems Sciences at Stockholm University in Kista, Innovative Culture and Vivaldi AB 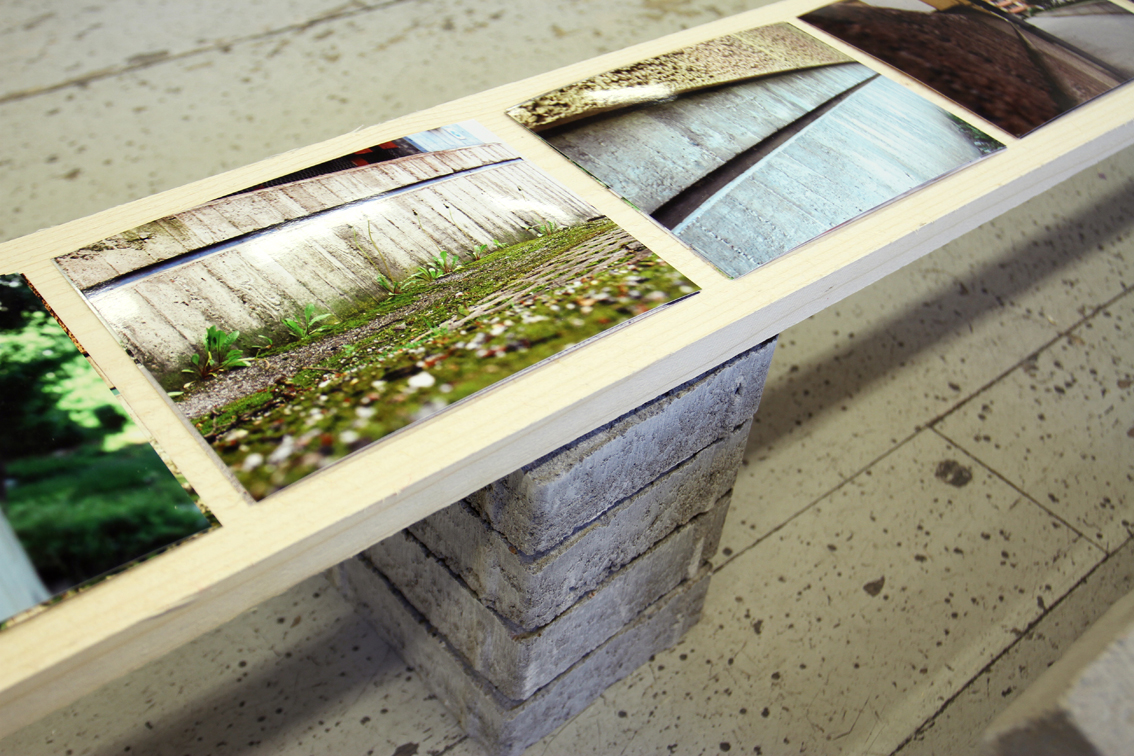 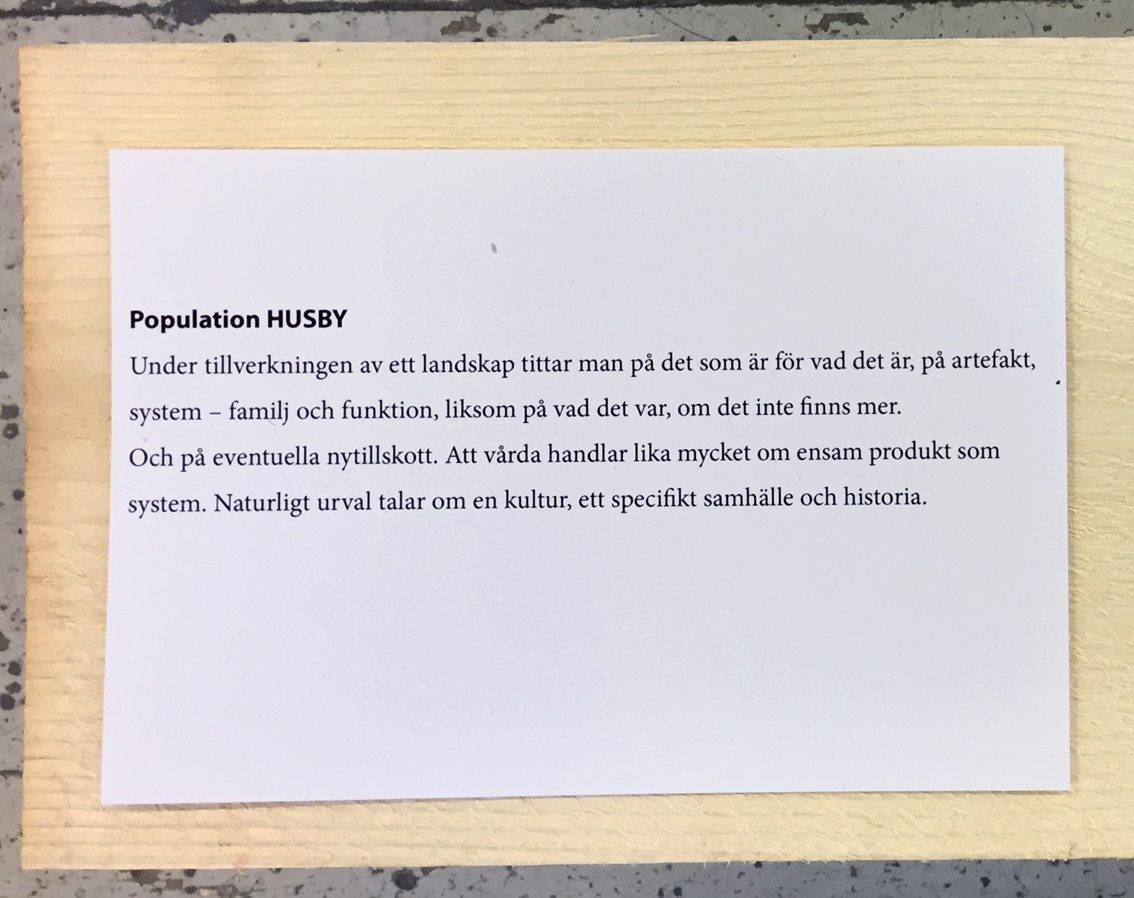 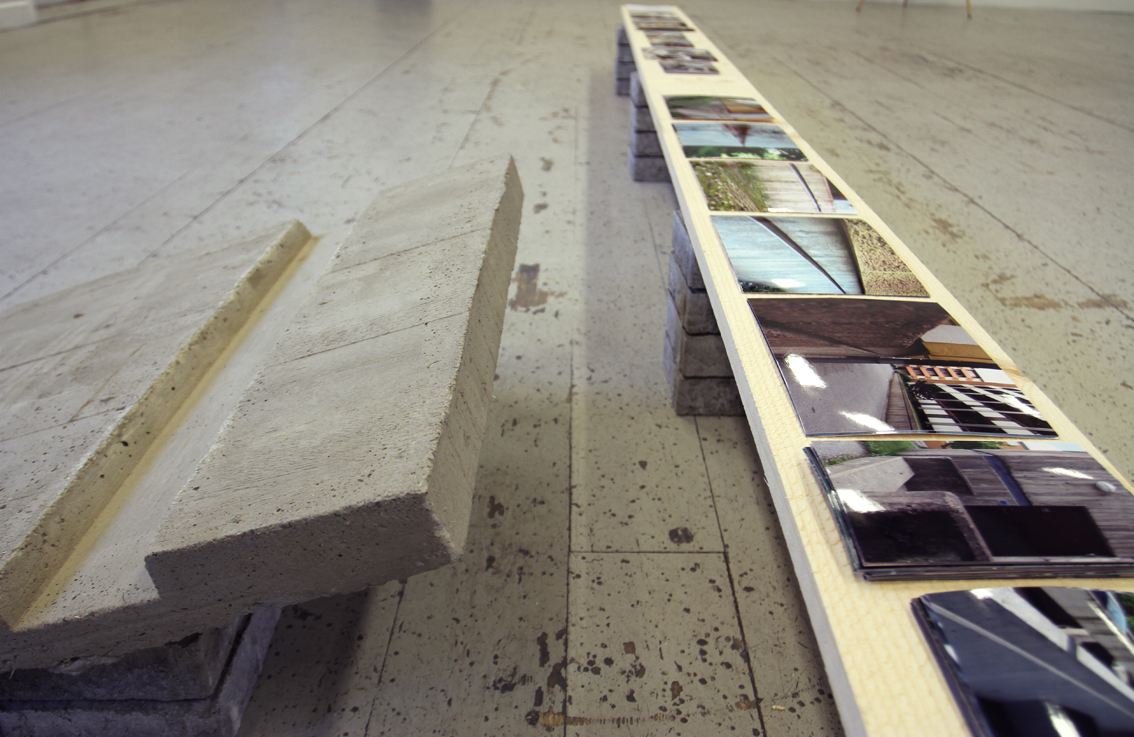 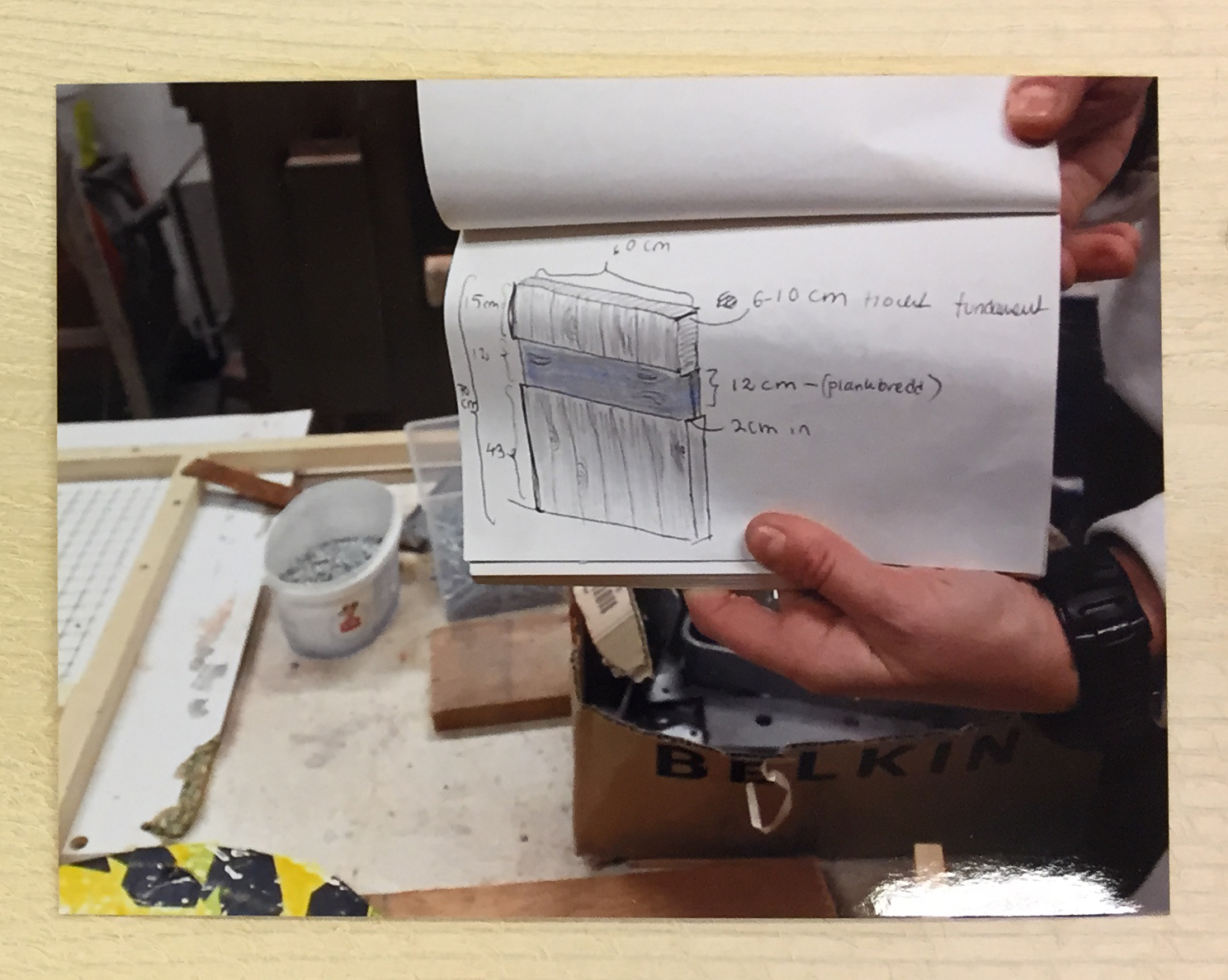 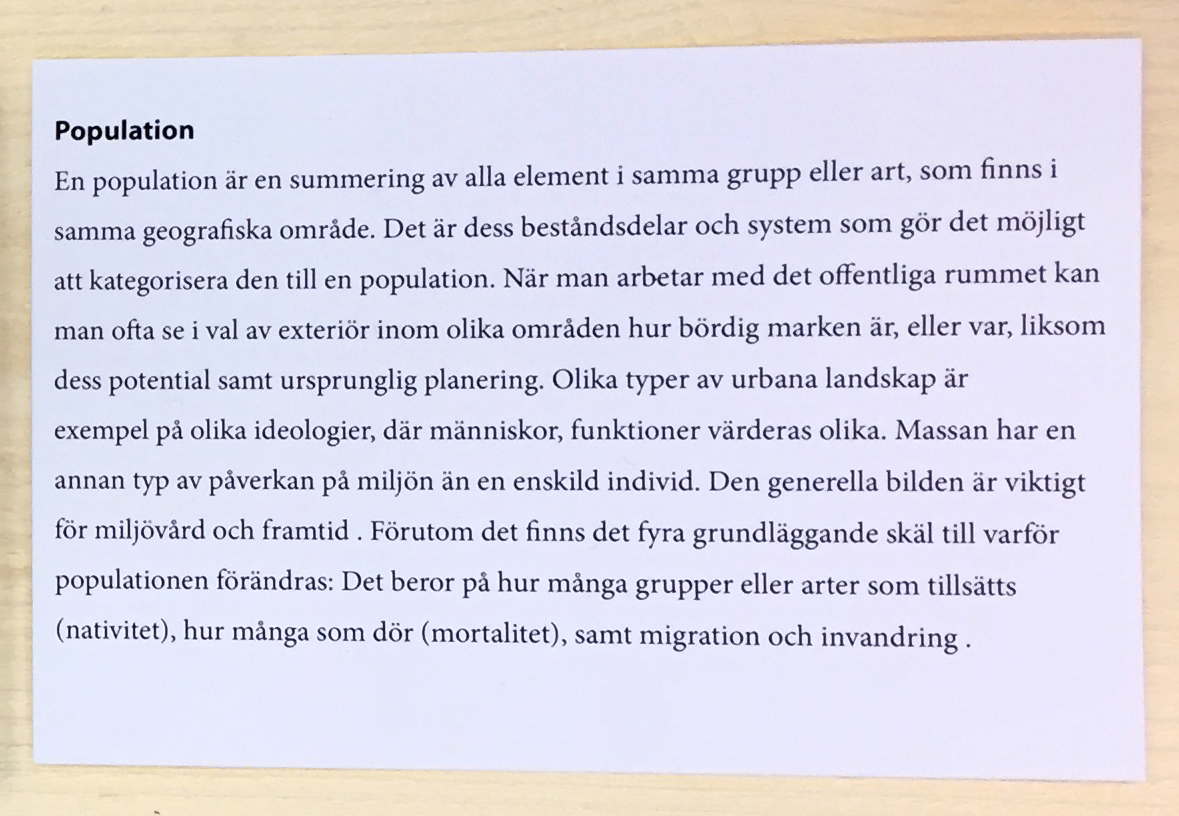 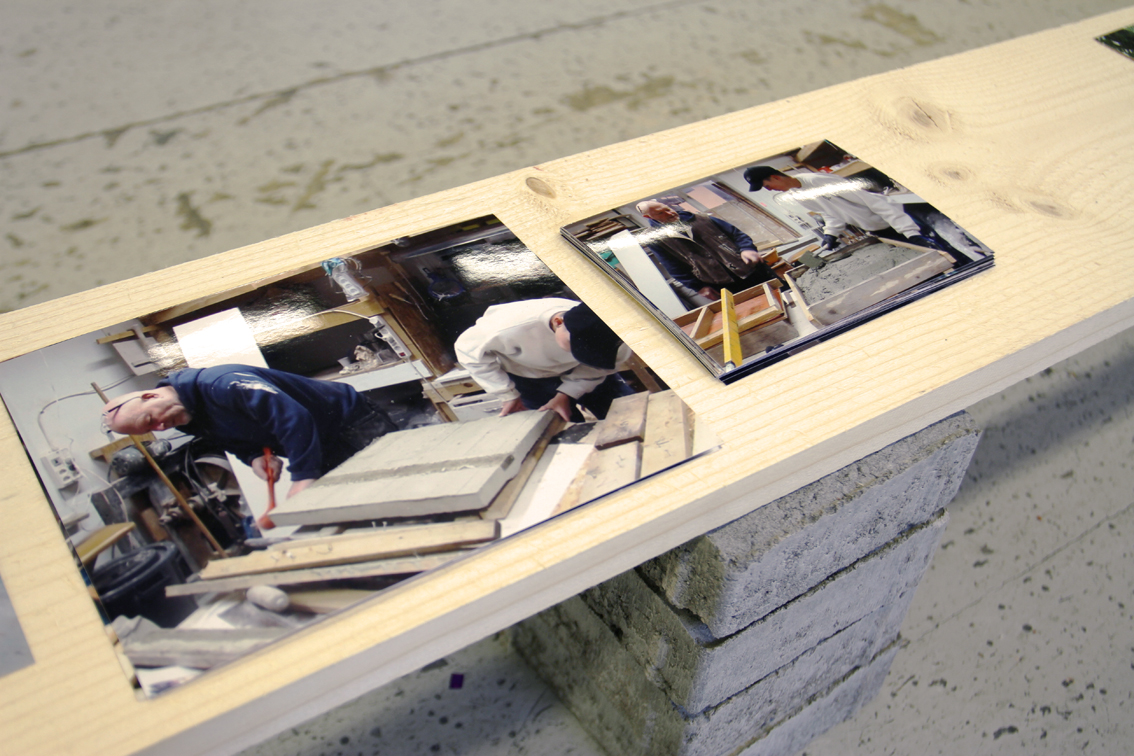 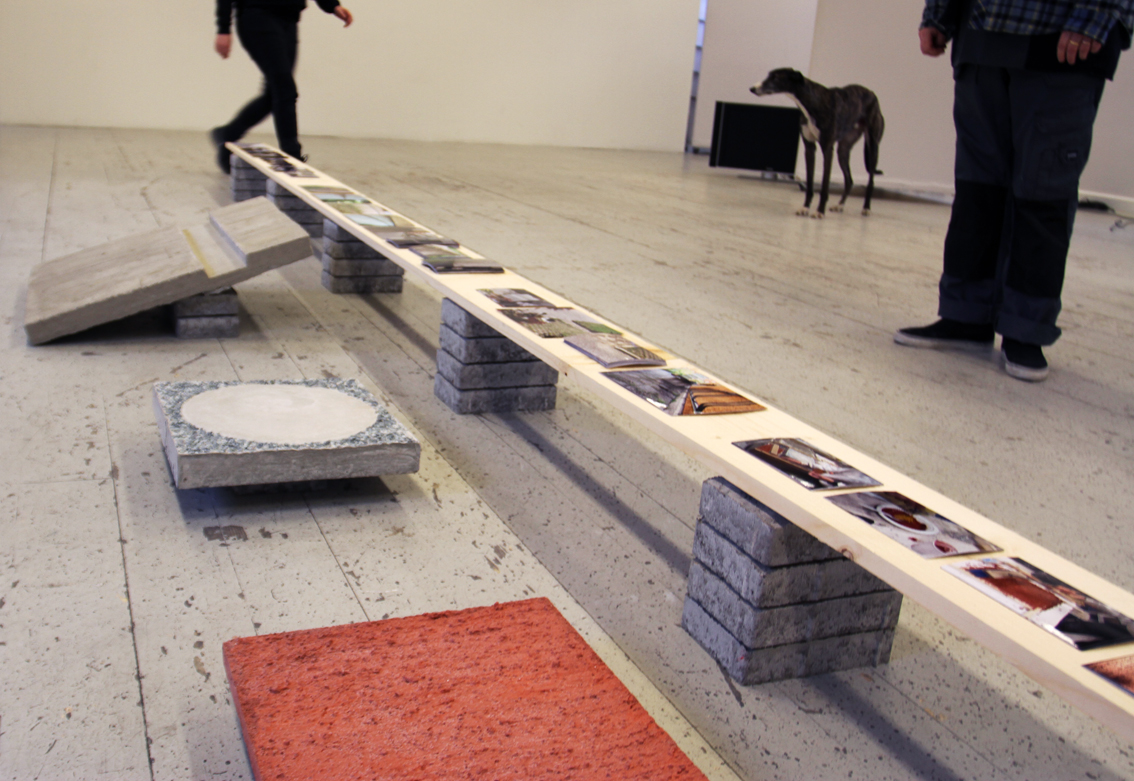