During the production of a landscape, you look at that what is, as it is; artefact, system - family and function, as well as; what it was, if it is no more. And on possible new additions. To care is as much about lonely product as system. Natural selection speaks of a culture, a specific society and history.


LISA ROSENDAHL ABOUT LISA TORELL, TAKEN FROM THE CATALOGUE RESIDENCE IN NATURE:

If you begin your canoe trip through the exhibition from the unformal kiosk in Bro, the first work you will encounter is Lisa Torell's Handicraft, Application and Protection. Torell has worked at the juncture where the public road endsand the forest begins, and has createda series of interventions along the slope down to the water. Legible as passage rather than as a place, the area attests to the fact that no one really pauses here for longer than necessary. Here, the experience of nature is not immersive: the road back to civilization is constantly making itself known, and traces on the ground and plant life attest to the fact that many do not feel they need to be as careful here as they do further into the natural environment. Using asphalt, torell has covered those patches worn most by visitors´eagerness to enter the forest. Around the tree trunk that has born the brunt of the canoes she have installed protective galvanized metal tubes. Torell's piece raises the question of where society ends and nature begins, but also ideas about what kind of aesthetic we find acceptable in different contexts.

The piece reinforces the transition between nature and culture, in part by literally arming the ground and tree with asphalt and steel, but also by directing our gazes to the idea that such a transition even exist. VisuallyTorell's intervention is contradictory, to say the least. On the one hand the matte steel tubes cue us to state-determined standards and legally regulated safety measures that are difficult to recognize as art when outside a gallery space. On the other hand, they remind us of an urban environment that is not compatible with the expectations of the nature we are entering. This makes the work feel quotidian and strange at the same time. There is a parallel here between our expectation of nature and of art. As one in nature often looks for wild and beauty, the unplanned and informal, art has since modernism been expected to fill a similar function as a contrast to mundane society, and has been seen as representative of the authentic in an increasingly artificial existence. The modernist mindset in this way generated a serie of binaries that obscured more than they revealed: the idea of nature as untamed was cemented while at the same time humankind intensified its exploitation of the environment to the point that any untouched nature can no longer be said to exist. Similarly, art and the artist were assigned the roles of bearers of authenticity even though a work of art, like every attempt at represenation, builds on the very possibility of artificiality. In this contradictory way we can in part understand art as the equivalent of nature, but also as its opposite.

The title of Torell's piece opens the possibility for additional reinterpretation of esablished terms and binaries. Here I am thinking primarly of the word h a n d i c r a f t which has a strange ring in relation to the industrial materials and labour processes the work consists of. But in the light of the fact that we are said to live in the A n t h r o p p o c e n e, the geological era when humankind's interventions in nature has such an extensive impact that the can be euqated with natural forces, it is perhaps not so strange after all. From that perspective the difference between traditional crafts, asphalt paving and environmental destruction is not so great: the source is still humanity. In addition the relationshipbetween craft and industry is causal: the crafts environment around Korrö with a wind mill, saw mill and tanney from the 1700s is of course an early version of today's heavy industry. It will not be long before today's industry has become tomorrow's artisanship.

INTRODUCTION TO THE EXHIBITION AND PROJECT BY ÅSA JUNGNELIUS:

The Landscape of Småland has a long tradition of production based on specific material, for example wood, stone and glass. The conditions for production are tightly linked to our material culture and describes the economic, social and political and ecological conditions over time. The objects produce become fetishes of us individuals as well as of our present.

The experience of this work made me want to open up the question and share it with other cultural workers. Instead of moving the forest into the institution I now wanted to move the institution into the forest in order to with others create a collective site-specific art project which could be bothe executed and exhibited in the forest. The ambition was to utilize the forest and the body of water as a space and togehter produce an exhibition where the visitors were transported through and to the works by canoe.

R E S I D E N C E - I N - N A T U R E took place during the summer of 2014. It began as a two week long camp/workshop in the area following Ronneby River from Korrö to Bast Lake. The area contains that broad spectrum of culture that defines the landscape of Småland, form idyll of nature romanticism to modern spruce farms.

For two weeks participants lived in tents alongside Ronneby River. The body of water was a passageway to the places where the work emerged. The lack of electricity was palpable and nre methods had to be tested. All food was cooked over an open fire. The process that emerged when the group lived and worked in such a specific environment affected the result. practical and artisitcsolutions were discussedin the group and shared stakes that developed in the production of the worka created a whole individual contribution were moulded into a shared process. Invluded in this collective were also meeting, which arose through activityat the site, with those who live abd work in the area. The artsitic activity ran parallel to the running of the saw mills, crawfish fishery, canoe rentals, spruce farms, land maintenance glass works. The conversations zoomed out from a modest geographic area and a small collective to global questions. 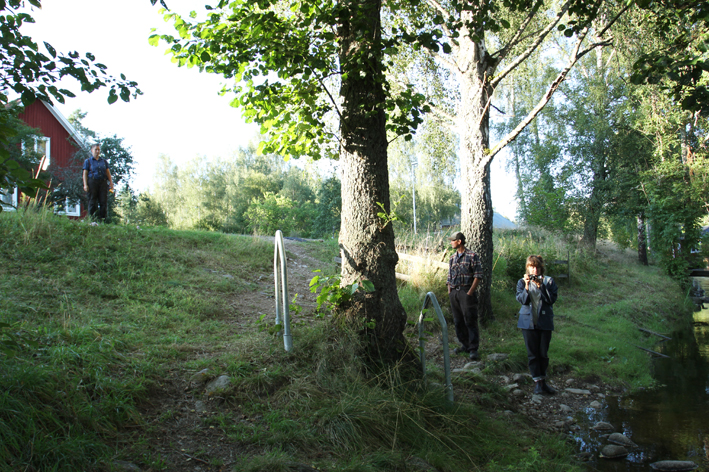 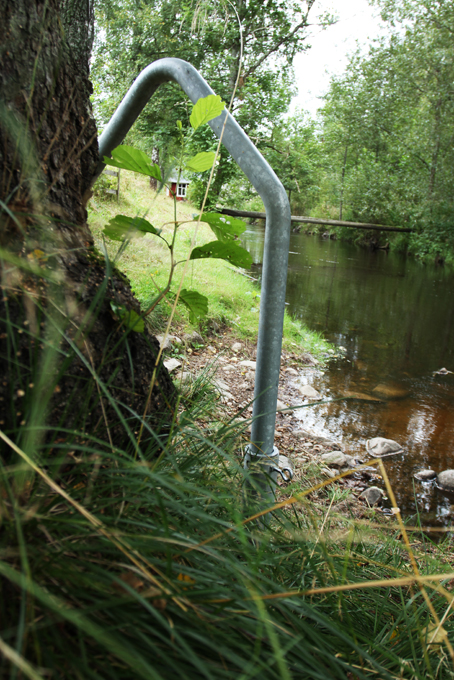 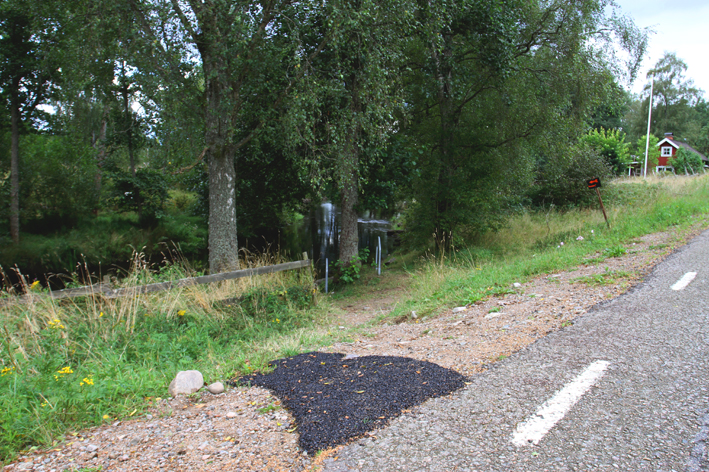 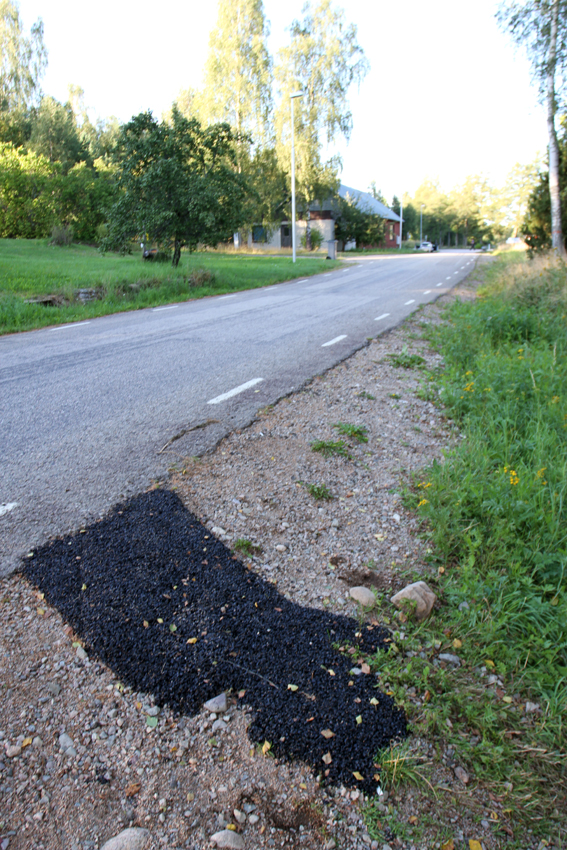 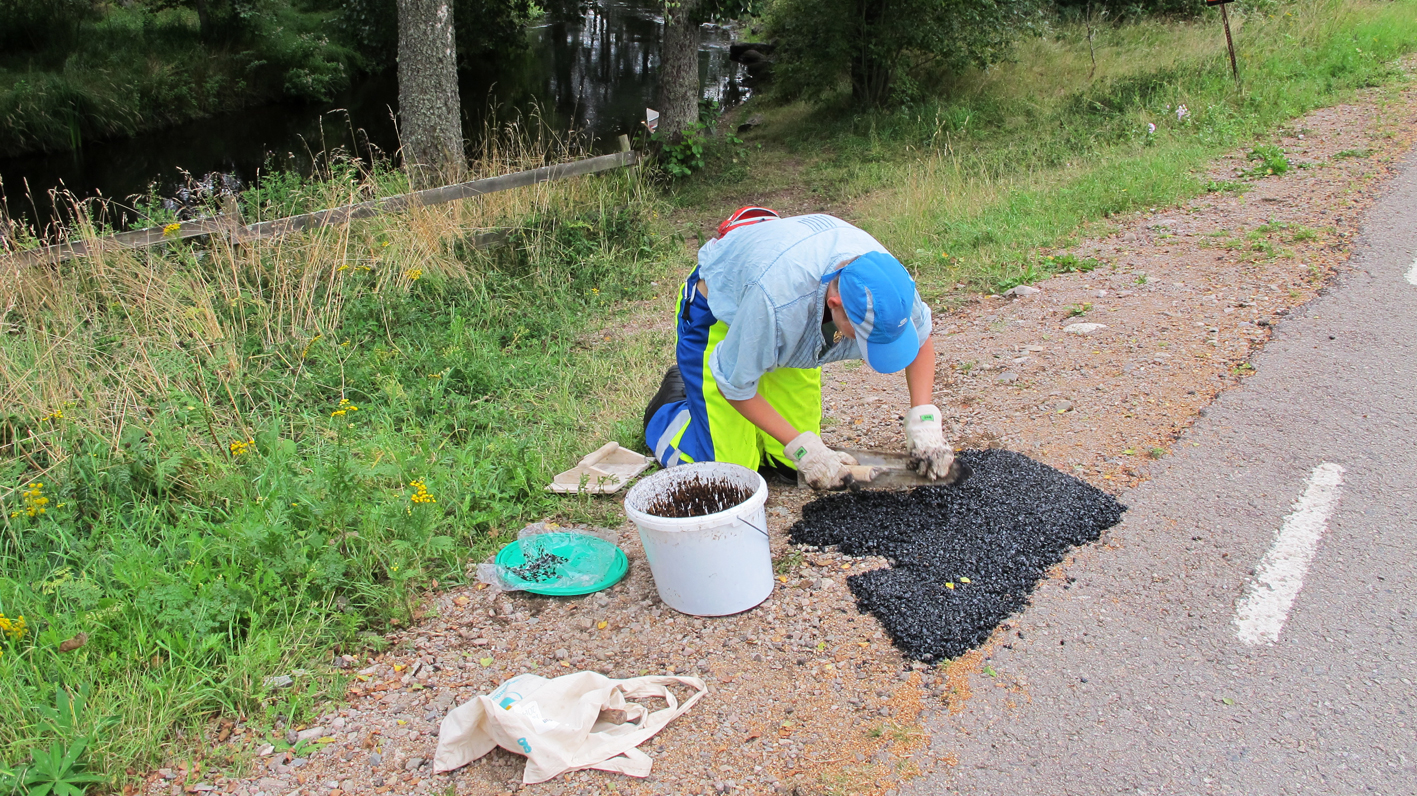